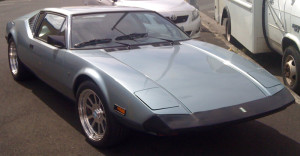 One of my childhood favorites, the DeTomaso Pantera combined Italian exotic design with U.S. power and reliability. Some time ago I spotted this beauty in Fishers in Kakaako and then again driving down the Pali one morning. Panteras featured the legendary Ford 351 “Cleveland” engine. The original 1971 version put out 380 horse 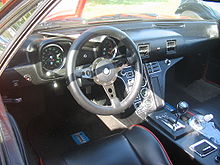 power but  it was toned down in 1972 to meet U.S. emission standards. In the beginning the car had some “problems” and Elvis (yes the King) was supposed to have fired a gun at his when it refused to start (Wiki). The car was in production and imported by Ford from 1971 to 1975. All told 5,500 of these amazing vehicles were brought to the U.S.. A buddy of mine Big Joe B has 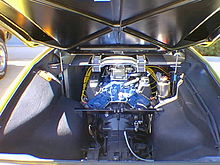 trouble scrunching his 6’2″ frame into the drivers seat. That doesn’t stop him from tooling around Tulsa in his but he doesn’t take it on road trips. I always loved this car. Its got beautiful lines, its hefty enough so it doesn’t look like a toy and coupled with that magic Ford power plant could go from 0-60 in 5.5 seconds. Big thanks to the owner for for having such an awesome daily driver. (Interior and engine compartment from Wiki) 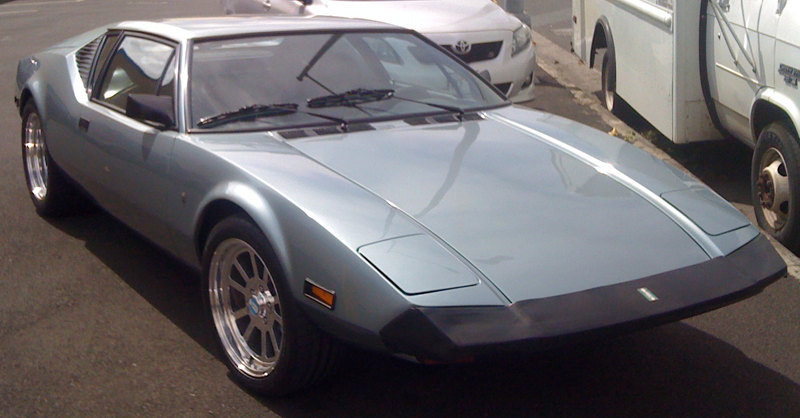