In true Lumpy style I had seen this rod up and down Kalanianiole but never had a chance to get a shot of it. I finally spotted it at Foodland and was so stoked. The official name of this classic wagon is a Chevy 210 Townsman. The 1957 Townsman was the first year that had the optional 283 cu in “Super Turbo-Fire” OHV V8 with 4 barrel carburetor which was rated at 220 hp (thanks to the genius of Chevy super engineer Ed Cole). There were 127,803 Townsman wagons made in 1957 and the original price was about$2,402 (slightly more for the V8). These six-passenger beauties were just the thing for middle class Americans in the 50’s. These cars defined automotive culture with their classic style and sporty look. Cliff has 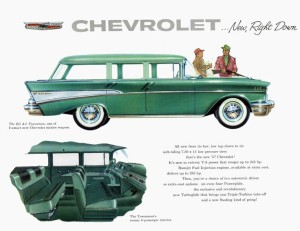 turned his car into a real head turner. The original coral color, vintage plates, wide white walls and classic stickers lets you know that this baby’s been around town a few times. The engine compartment is very clean. Cliff went with the Edelbrock 4 banger and had to use a spacer to compensate for air flow on the original intake manifold. He told me that he had headers on it but put the original exhaust manifolds back on for a better low end. The original 2 speed turbo-matic does the job but sometimes on the freeway he said he needs a passing gear to wind it out. A big mahalo to Cliff for sending me some great photos of his car as my camera ran out of juice mid way through the shoot. 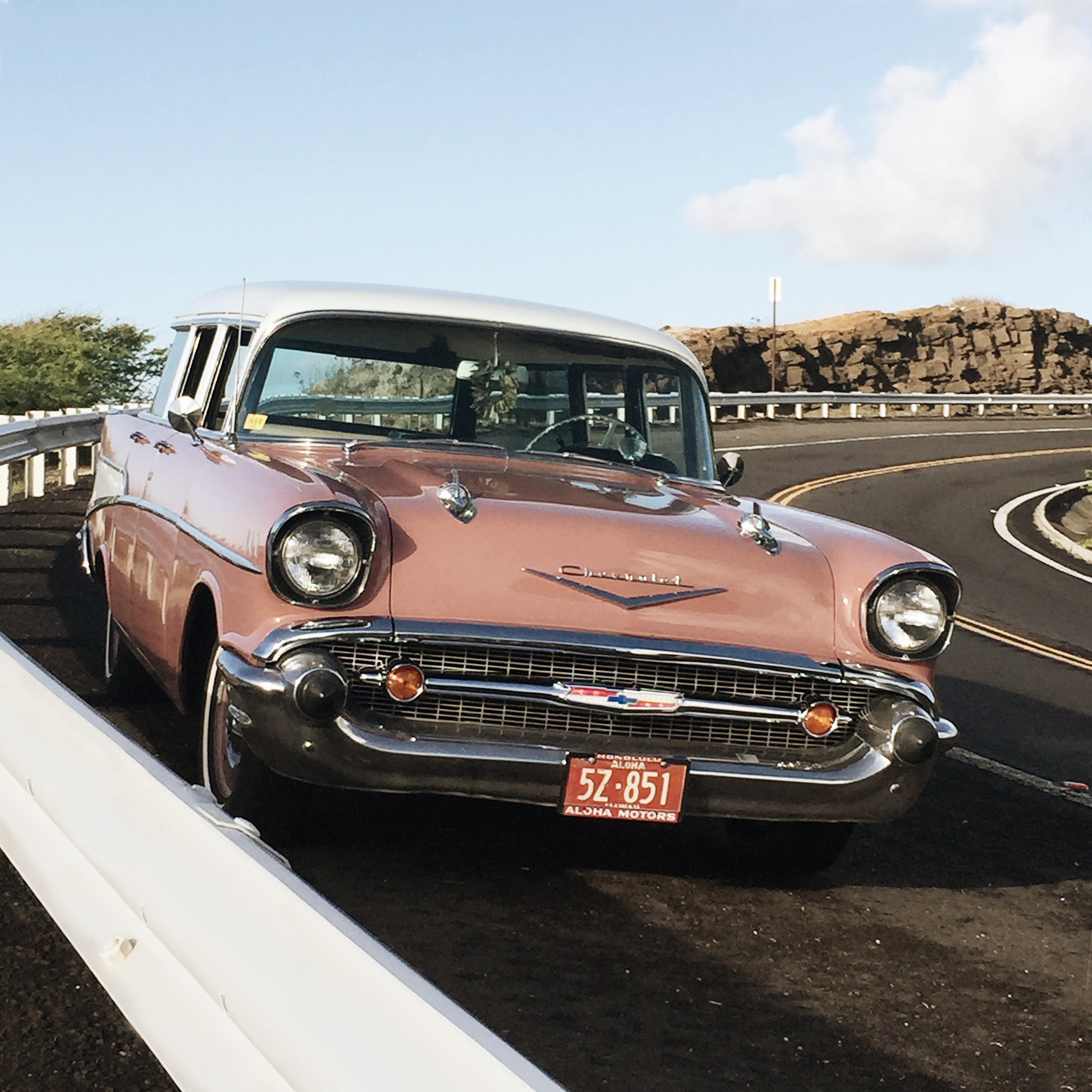 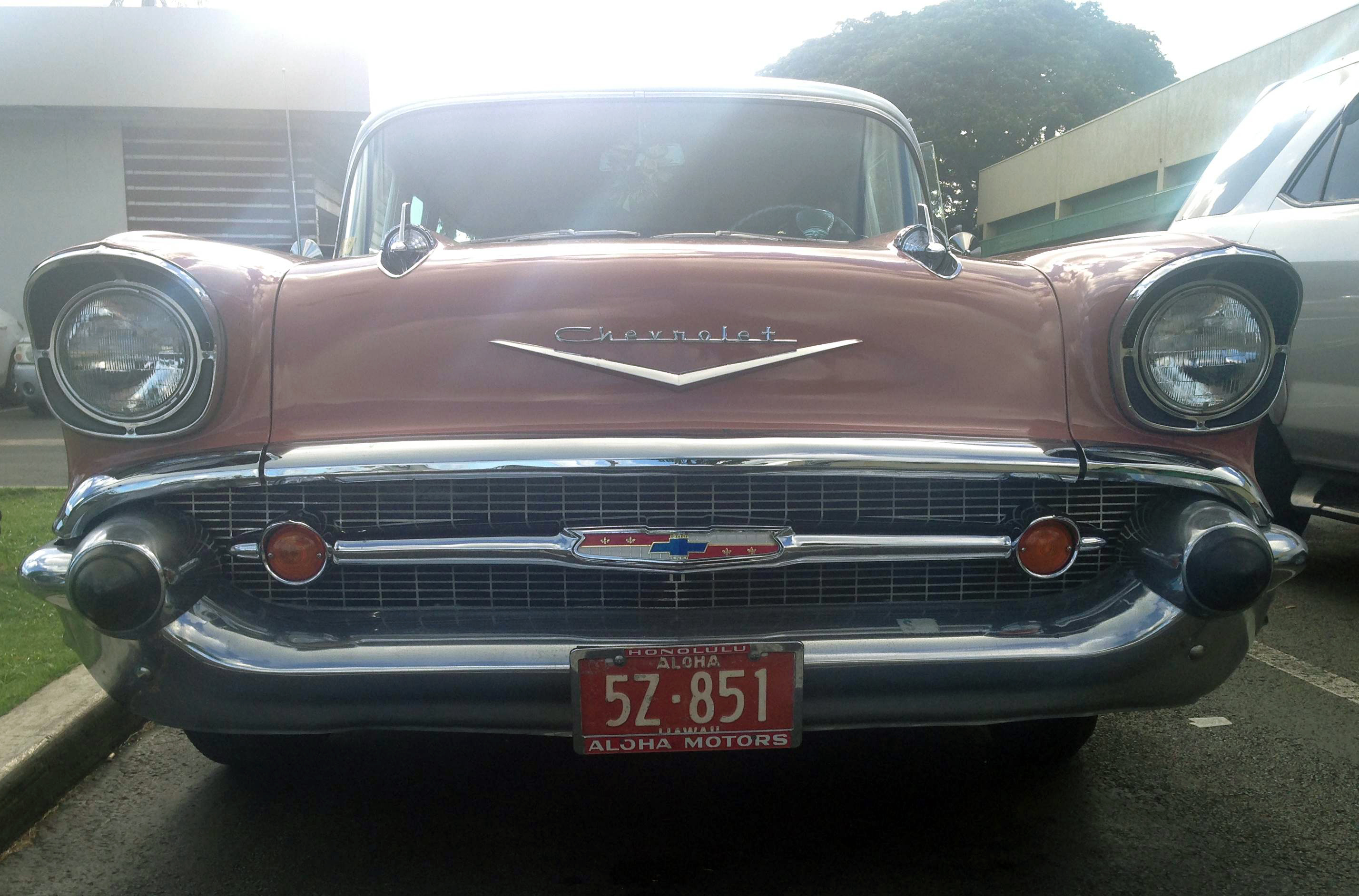 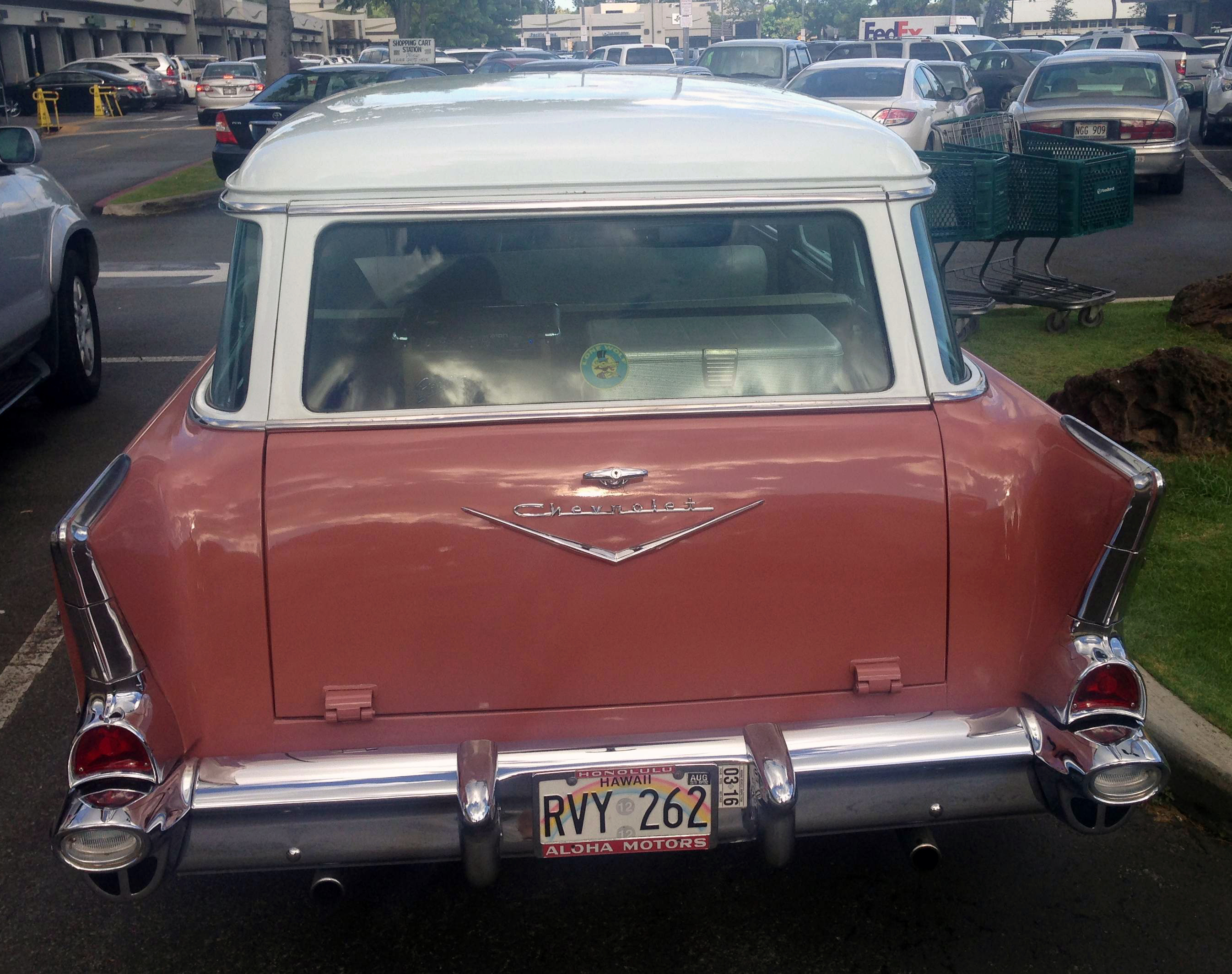 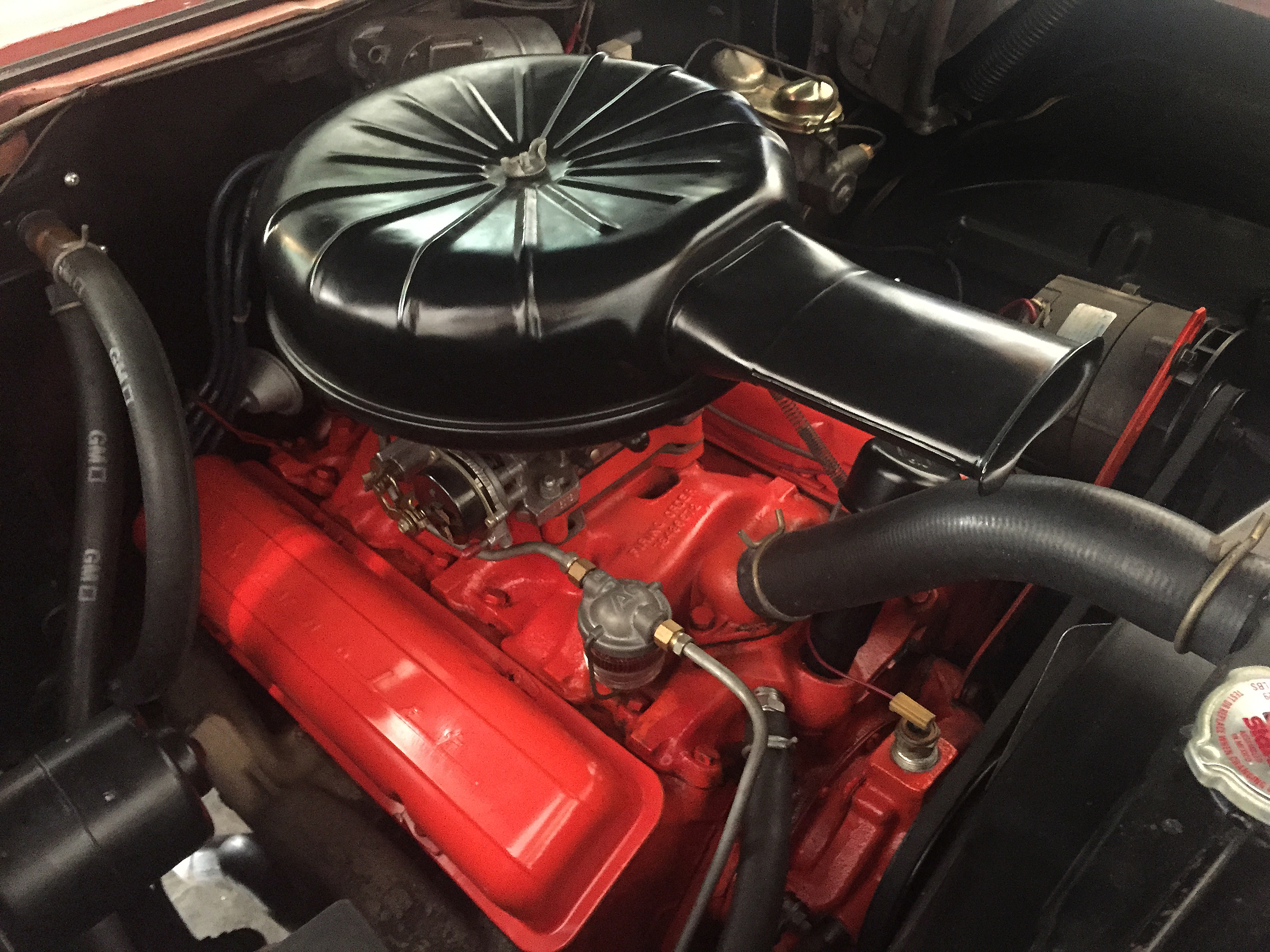 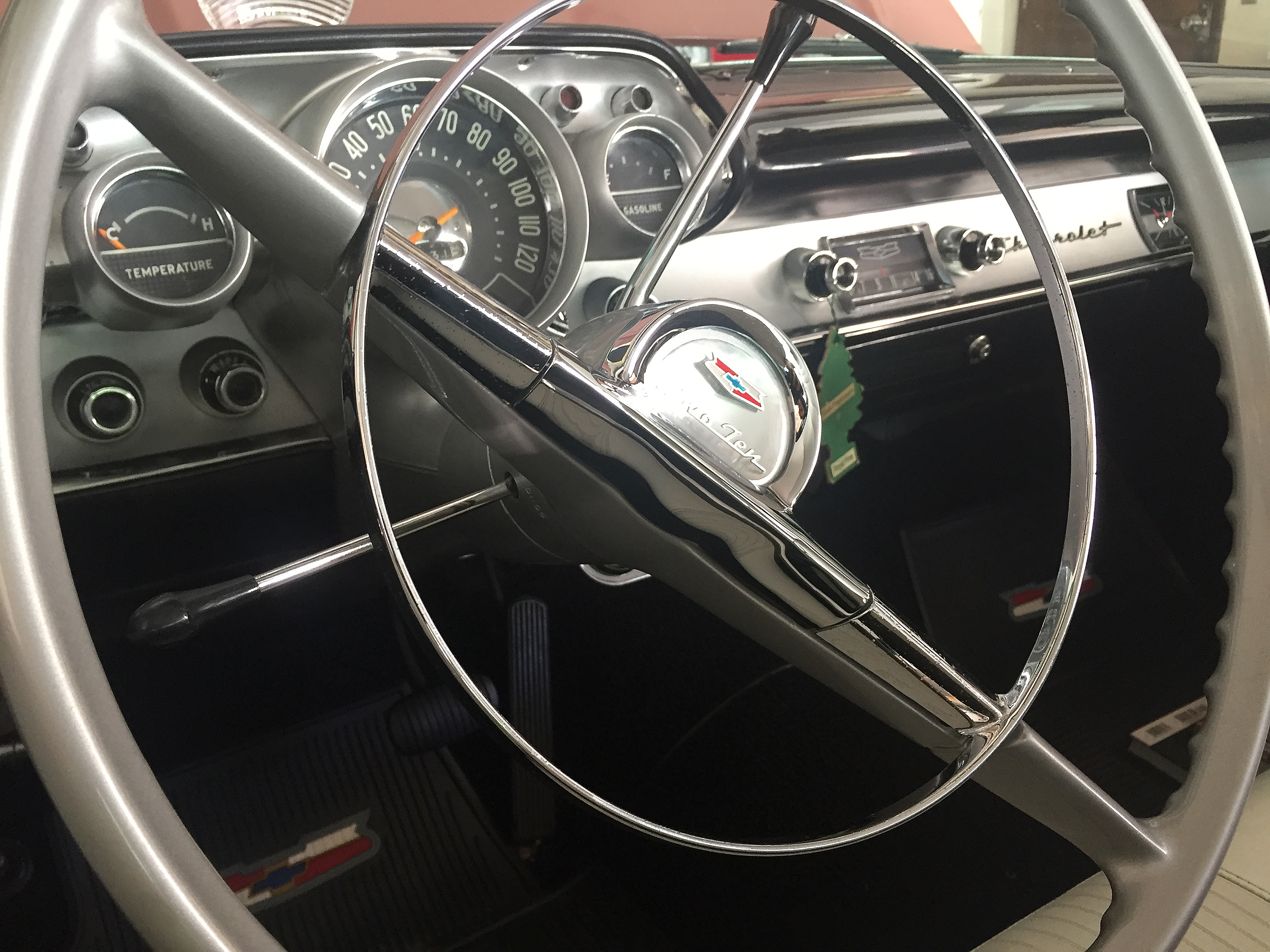 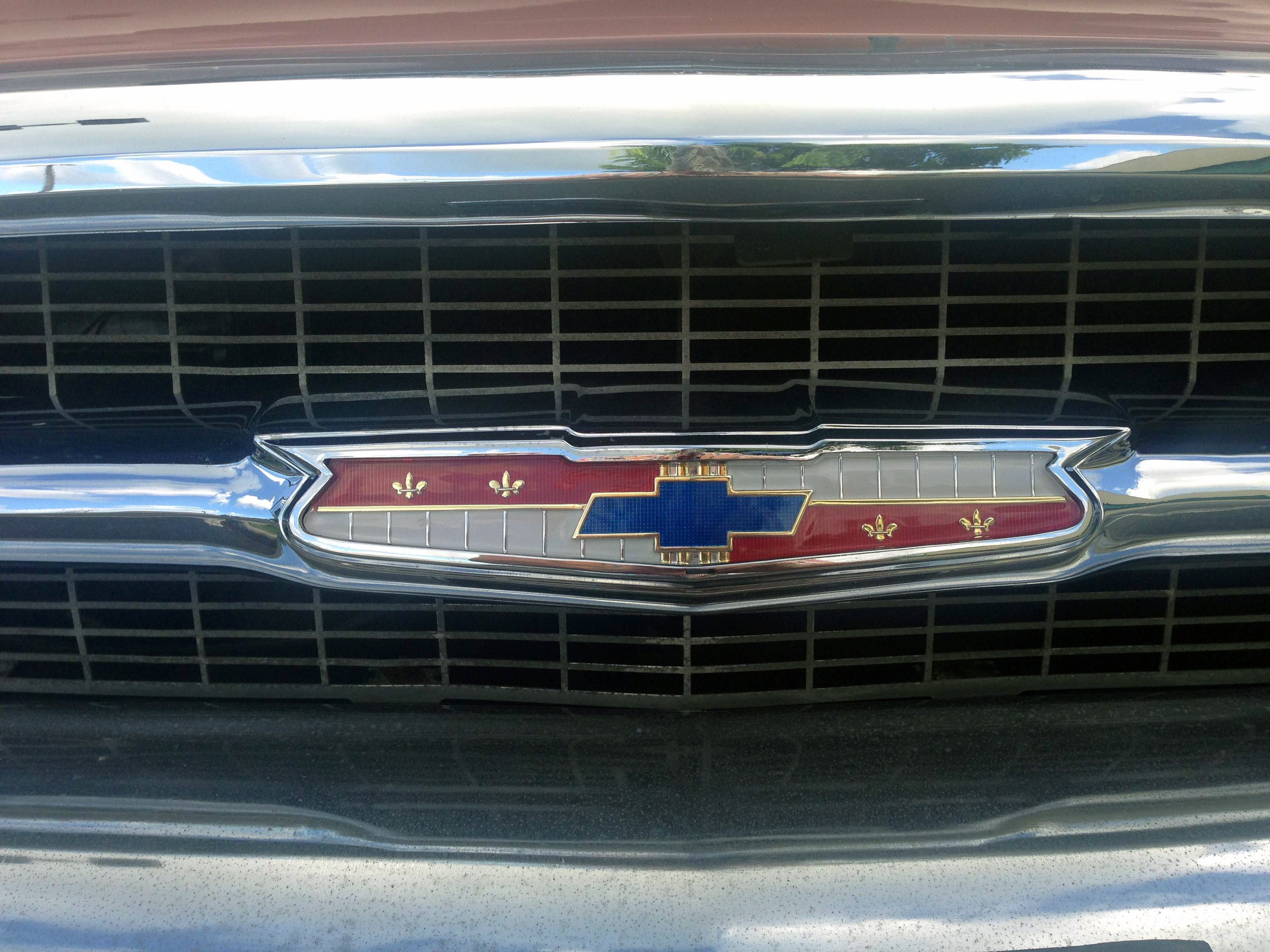 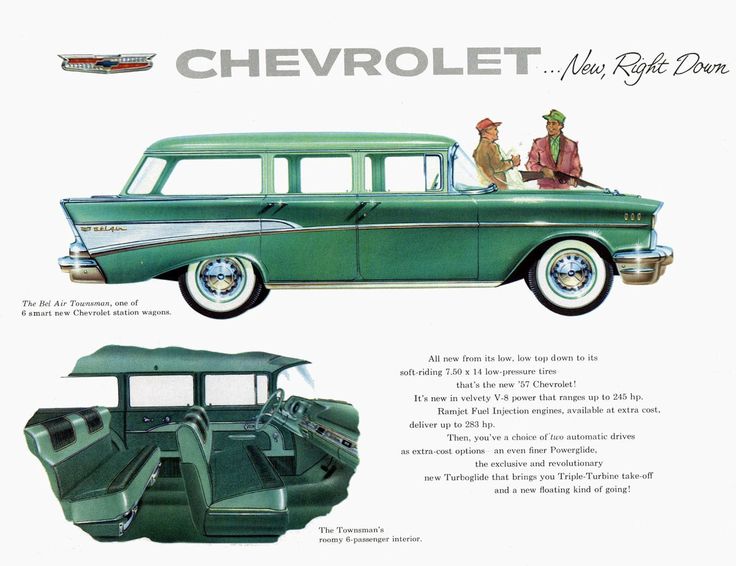