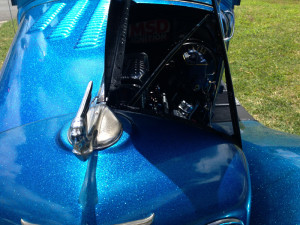 As fate would have it, I was late for work and trying to hustle into town when I passed this killer blue metal flake rod. I strained my neck as I zoomed by and saw this dude wiping down the engine. I couldn’t resist. I made my next right and came around the block and pulled up to this very unique ride. I introduced myself and the owner, Joe, proceeded to tell me the history of his Pontiac. Originally his father owned it and made a bunch of modifications including 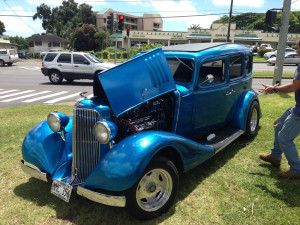 new tail lights, tuck and roll interior, filling in the spare tire, spraying on that classic blue metal flake and replacing the straight eight with a big block Buick 455 mill and turbo 400 transmission. As these things are apt to do, the machine languished in his dad’s garage.  When Joe took it over years later, it was in various stages of disrepair, the engine was all rusted and badly needed some T.L.C., the steering column needed replaced and the body panels had to be secured (there is a wood frame still in the car). After a major facelift, this is one bitchin’ buggy. I really dig it because its a 4 door and reminds me of the gangster mobiles of my 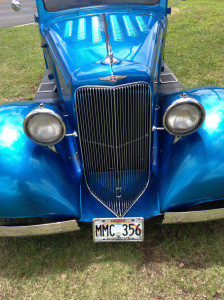 youth. Everyone goes for the tricked out two doors but this Pontiac holds its own especially in the power department. Pontiac produced these cars to compete in the economy range (originally cost $585.00) and featured all new bodies with “modern”, stream-line styling. This gem keeps the original v-shaped grille which featured 27 vertical bars set at a rakish angle. The hood is original and keeps the 4 nearly vertical louvers on either side close to the doors. To cool the mill, louvers were added on the top. The front and rear fenders are deeply skirted and were designed to minimize water splash. They have “speed-lines” stamped into the metal that trail from each wheel opening which compliment the rakish lines of the front grille, windshield and the pronounced “beaver-tail” at the bottom of the rear body. During the amazing conversation I picked up all kinds of info about local rods, hiking trails and the way things were back in the day. A pleasant beginning to an almost ordinary day made extraordinary by a truly fine Honolulu hot rod. (Click on the photos for larger images) 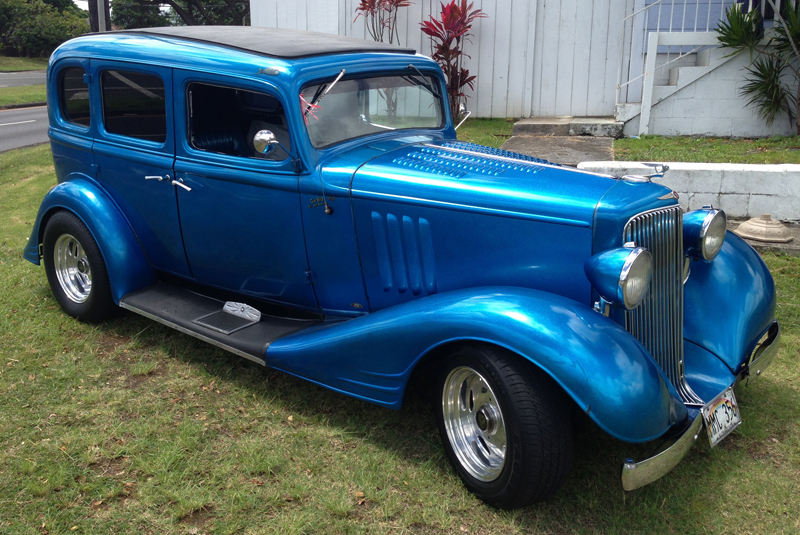 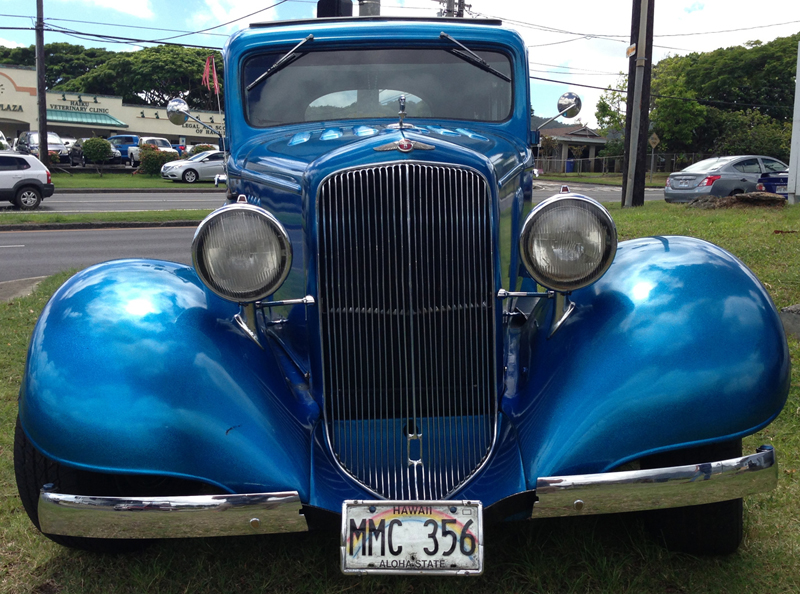 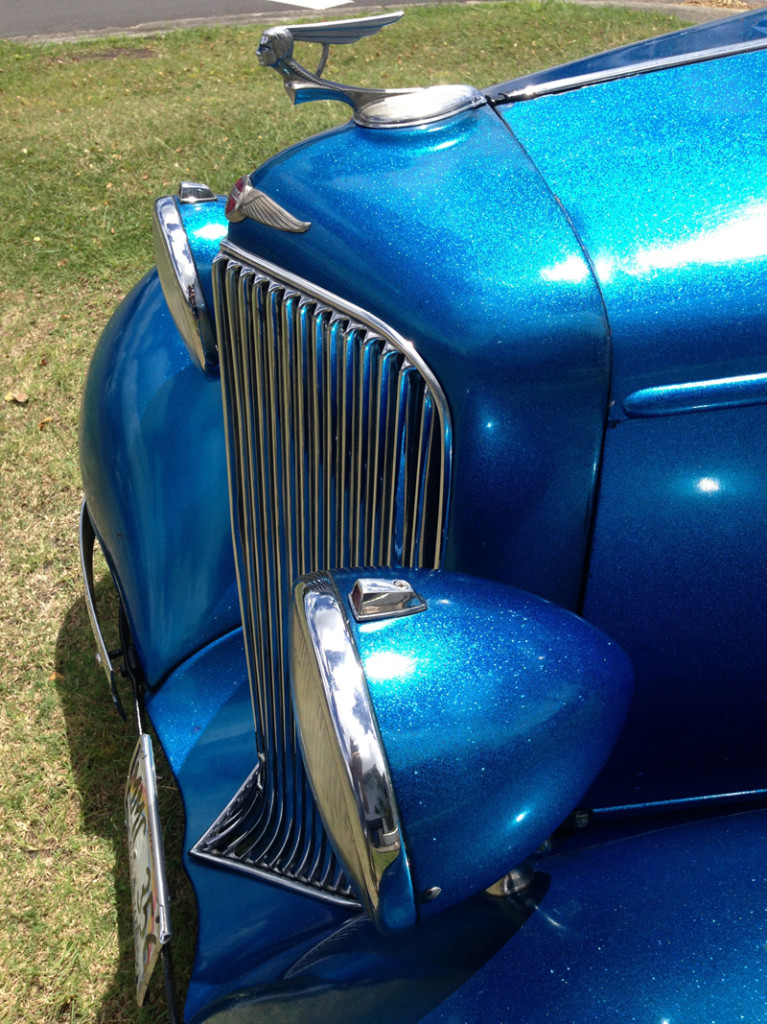 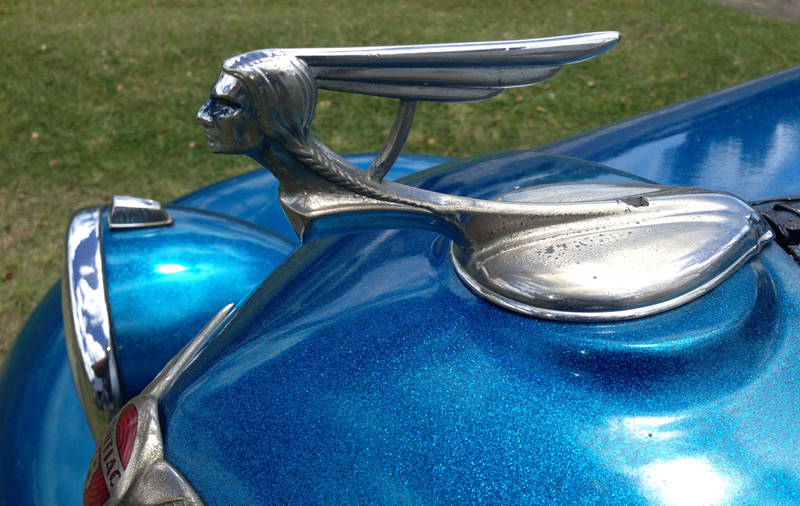 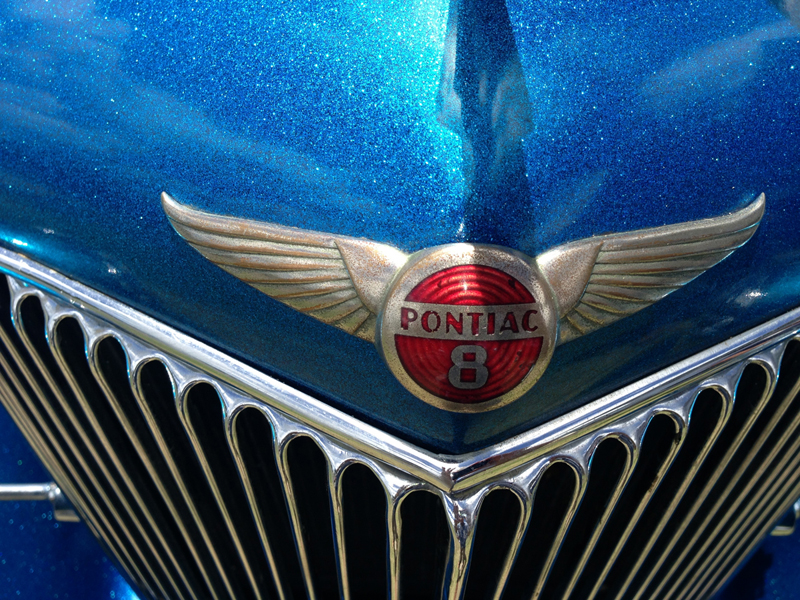 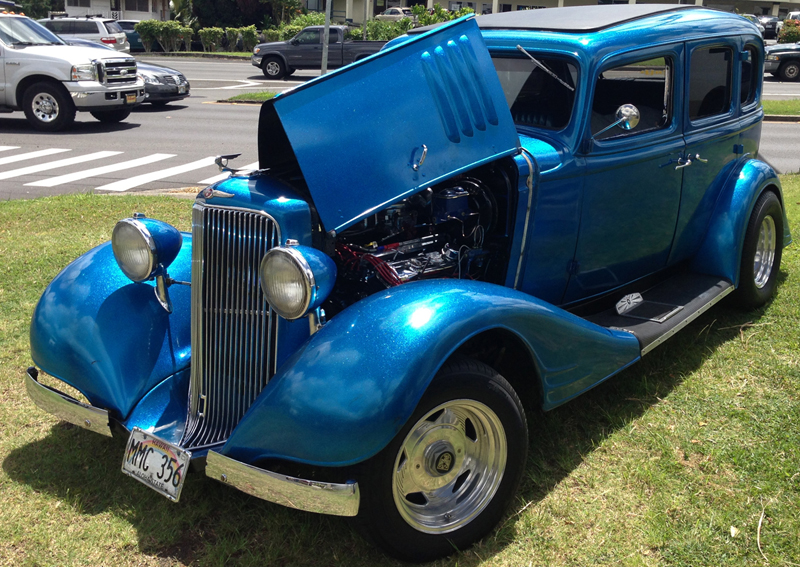 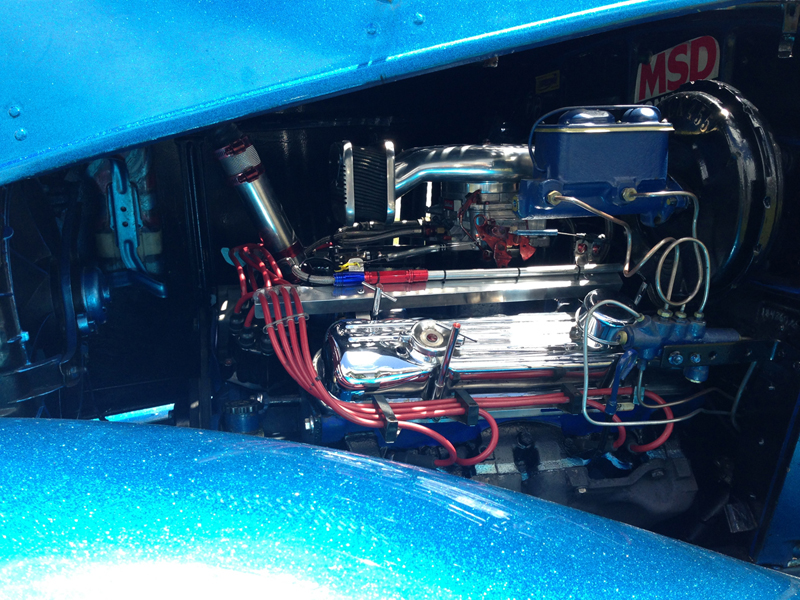 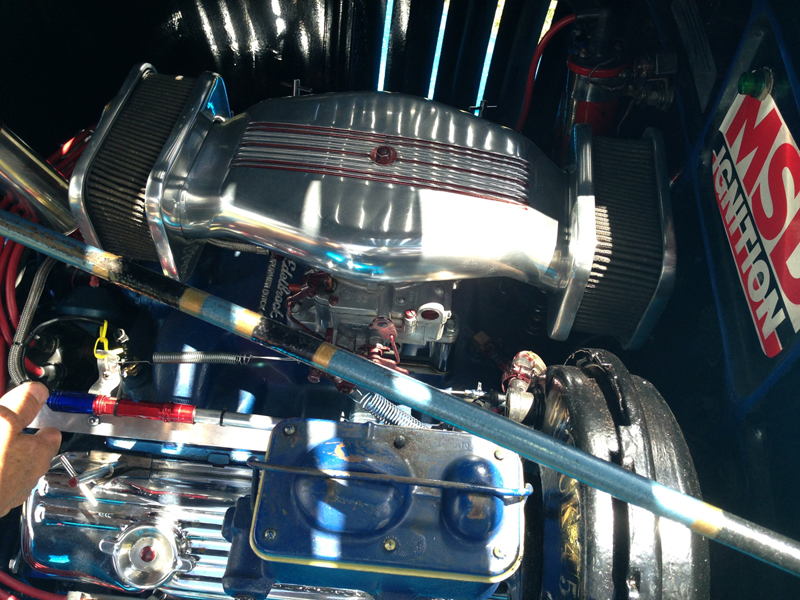 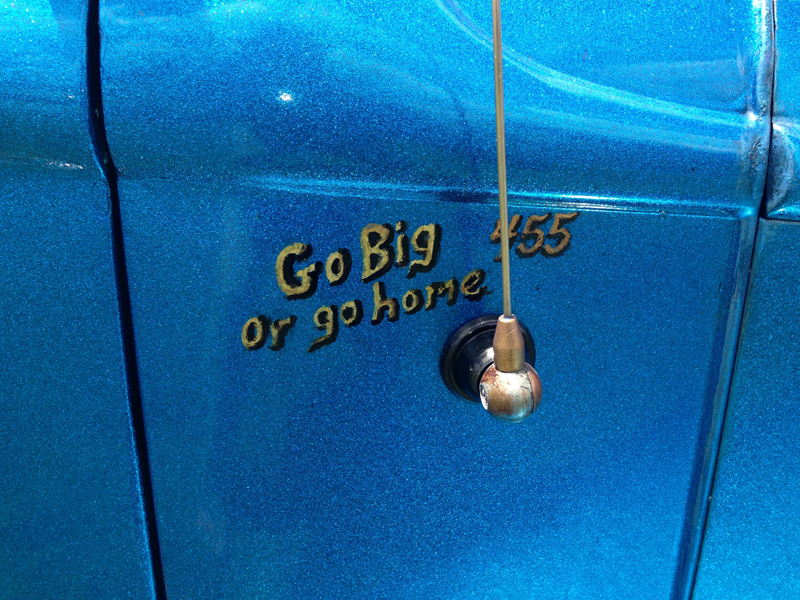 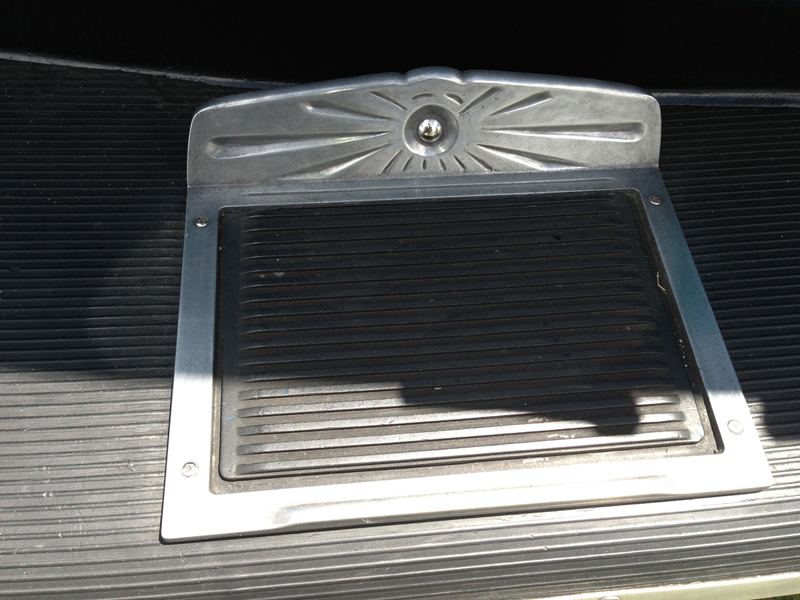 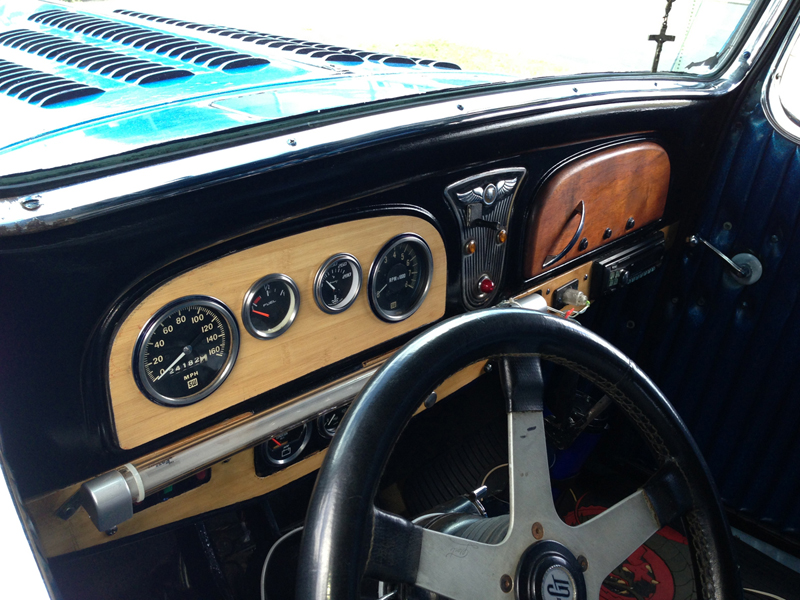 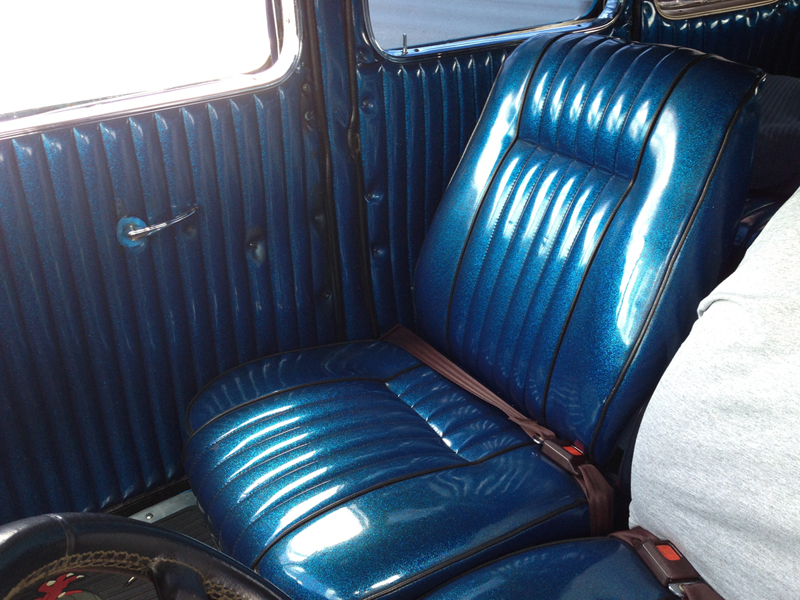 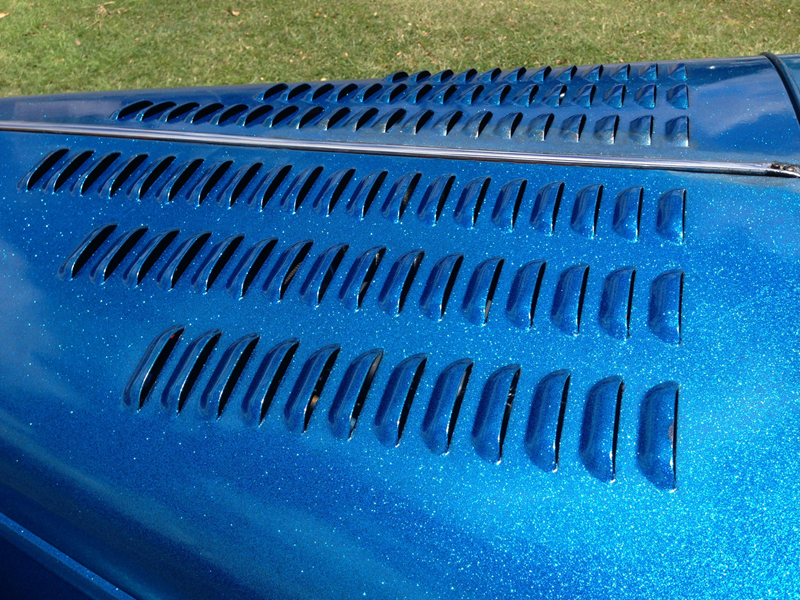 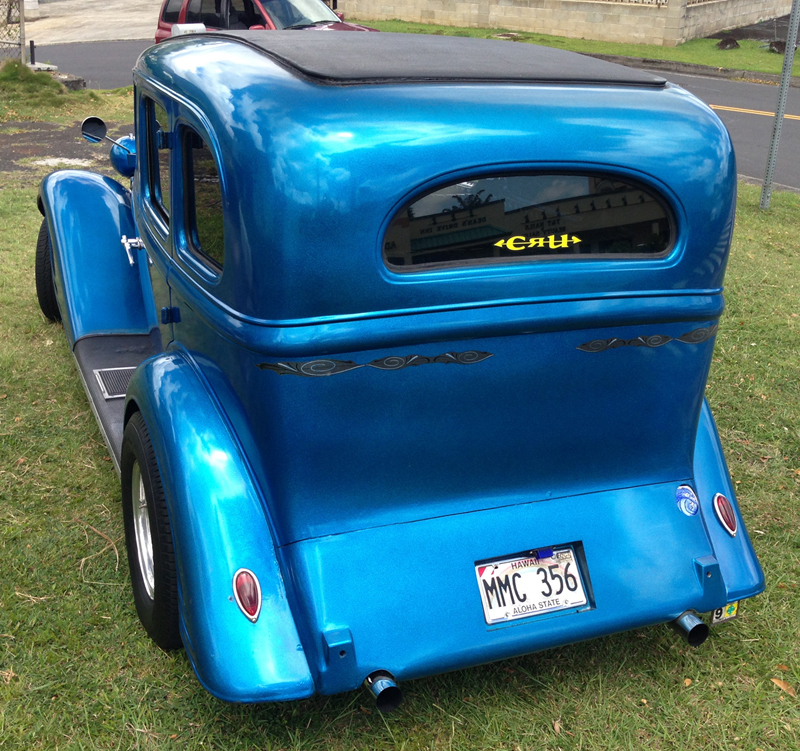 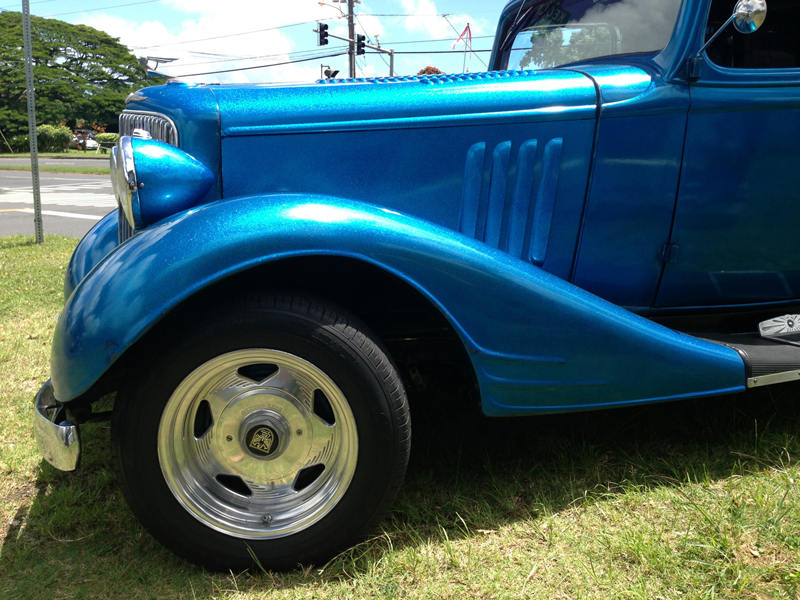 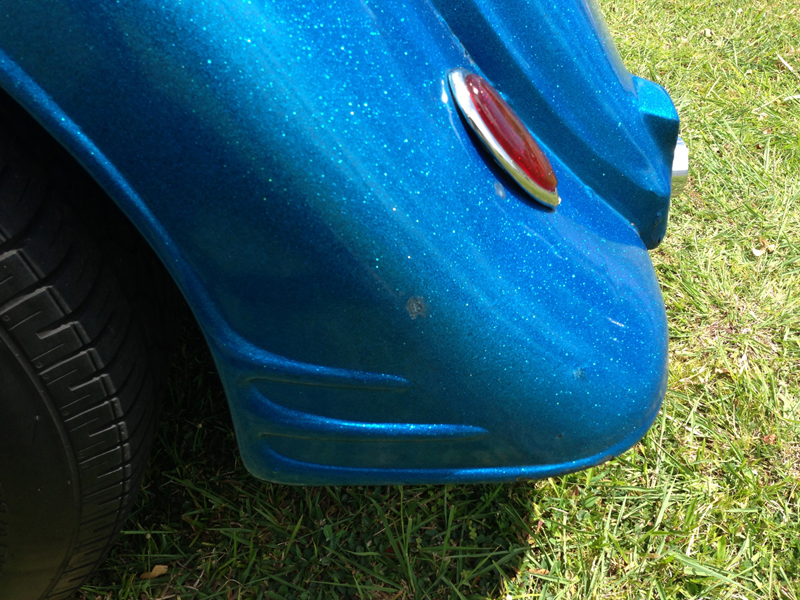 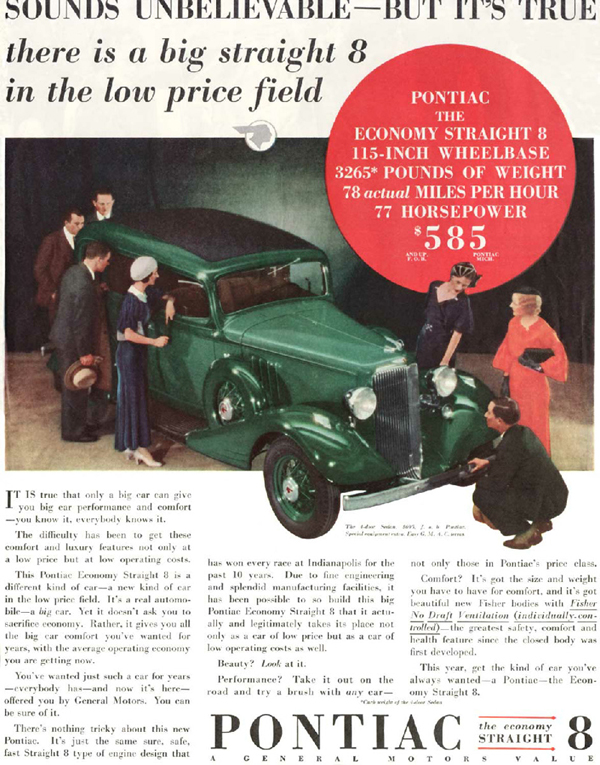